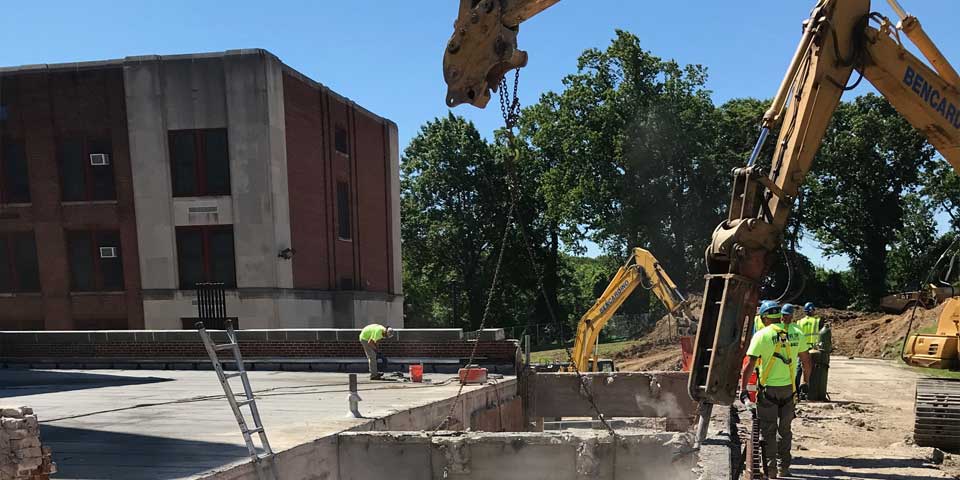 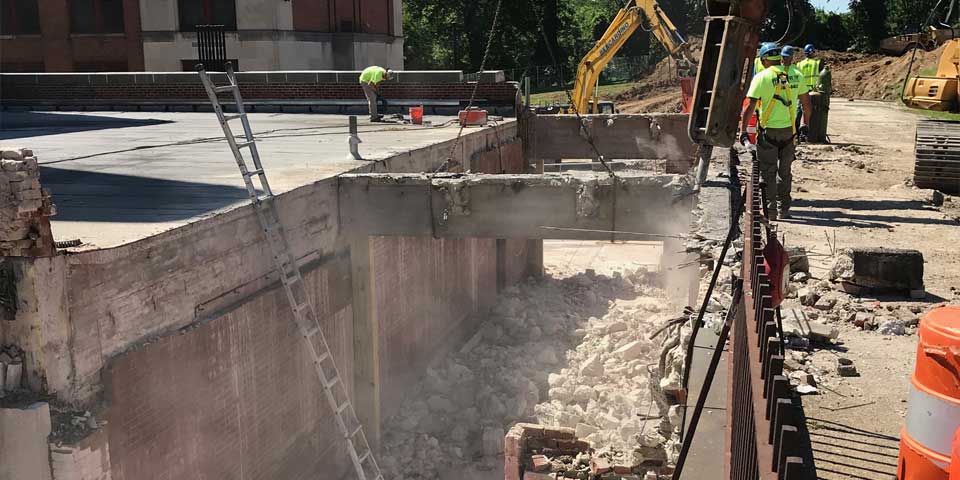 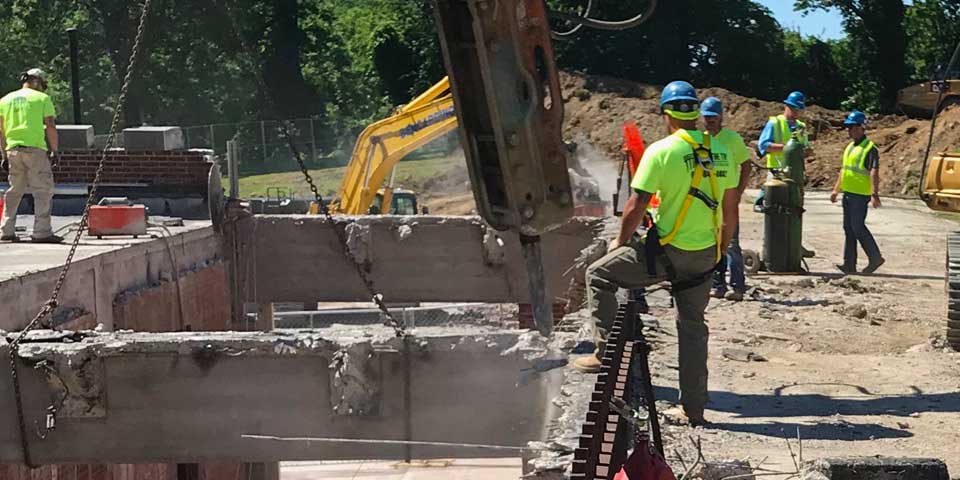 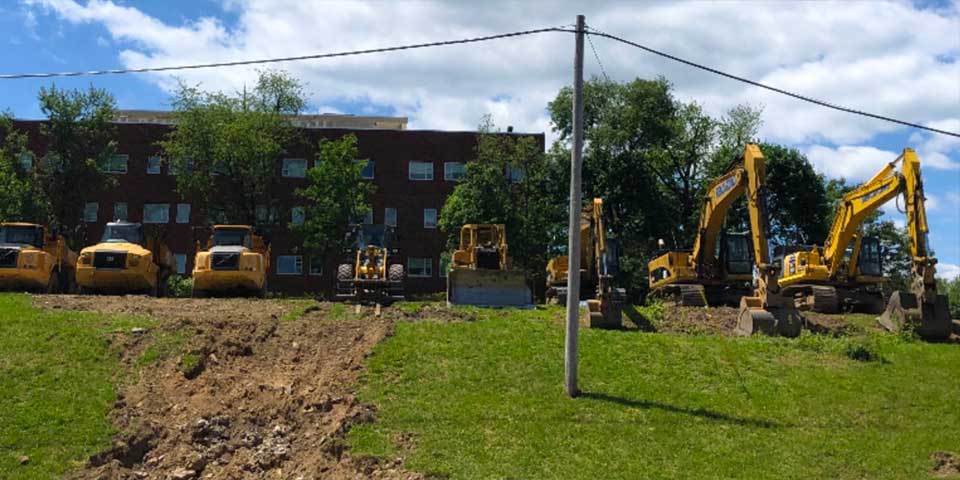 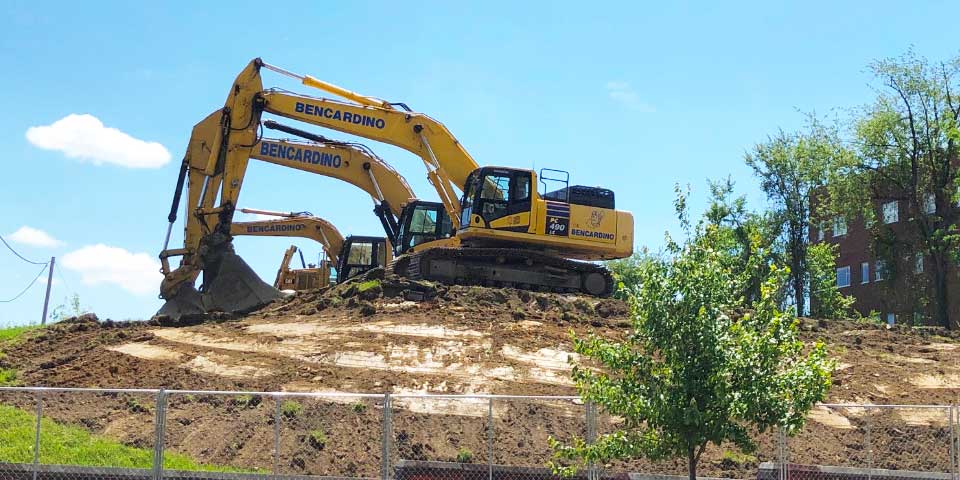 Bencardino Excavating Inc. has been hired by The Philadelphia School District as General Contractor to perform improvements at Central High School in Logan. Work commenced May 20th, 2019.

This extensive project encompasses a complete redesign of the parking area, demolition of 20-foot-high retaining walls and an old coal tunnel along with the addition of a new underground storm-water system.

There is also a new dock lift being integrated into the side of the school for deliveries. This is one of five schools that Bencardino Excavating Inc. is working on for the School District of Philadelphia.

Central High School is a unique public high school in Philadelphia. Central, the second oldest continuously public high school in the United States was founded in 1836 and is a four-year university preparatory magnet school. Central High School is the only high school in the United States with authority, granted by an Act of Assembly in 1849, to confer academic degrees upon its graduates. This practice is still in effect, and graduates who meet the requirements are granted the Bachelor of Arts degree. Central also confers high school diplomas upon graduates who do not meet the requirement for a bachelor's degree.

Let Us Show You What Bencardino Can Do.